March was in like a lion this year and still roaring. I’m hoping we we’ll see much more of the lamb soon! In case you need photographic evidence of spring, this was taken just yesterday: 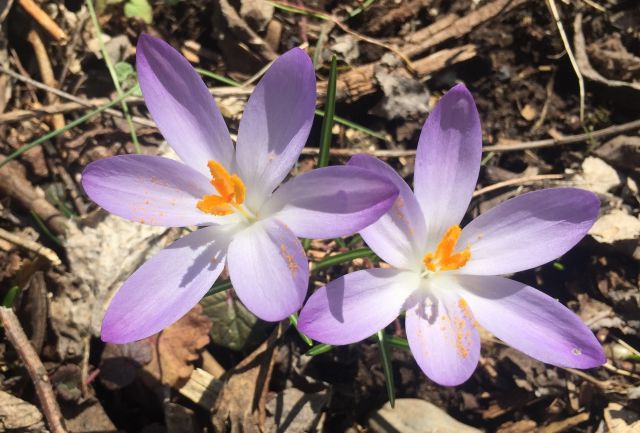 When it warms up and you’re ready for a walk, local friends might want to take a stroll on the Karl Stirner Arts Trail in Easton. There are many art works to see along the trail and among those is a wall poem, called Funeral, by the talented poet Beth Seetch. 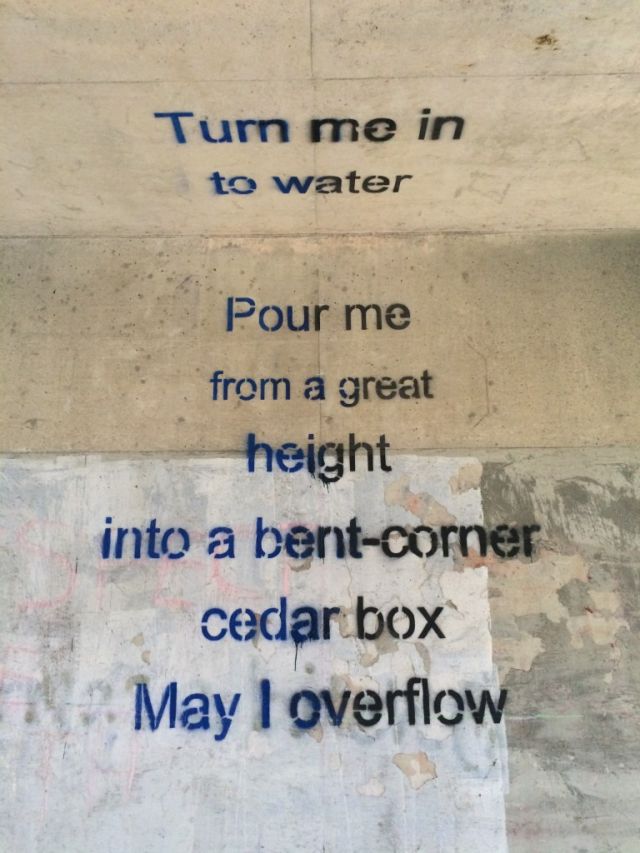 Beth also had the brillant idea to do other wall poems in Easton by different poets. I love that these wall poems give people access to beautiful language and ideas right on the street.

Years ago I read an essay by Pennsylvania writer, Curtis Smith, that prompted me to contact him to tell him how much I love his writing. Lovepain is his fourth novel and twelfth book and it’s just come out. It’s been described as “an examination of a marriage torn apart by addiction and what happens to those left behind to pick up the pieces.”

In other news, I’ll be reading a creative nonfiction essay I wrote called Poker Player (about the death of my estranged father.) The reading will be at 7PM on April 26 at the Warren County Community College as part of their 2018 ARS POETICA release reading.

(Noticing a theme of darkness and death? That wasn’t intentional. But it is timely since now, in the spirit of the equinox, we can turn to light and life.)

Through April 16 there’s a fantastic show at the Bethlehem City Rotunda Gallery by my friend, the gifted artist and illustrator Tom Maxfield.  His show, called Dreams and Visions, is a collection of imagined ecologies and future landscapes. Here are a couple images from the show, which includes more than 20 works. 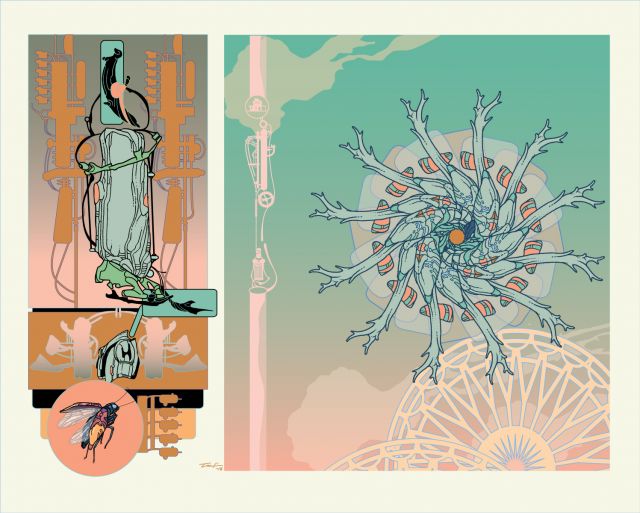 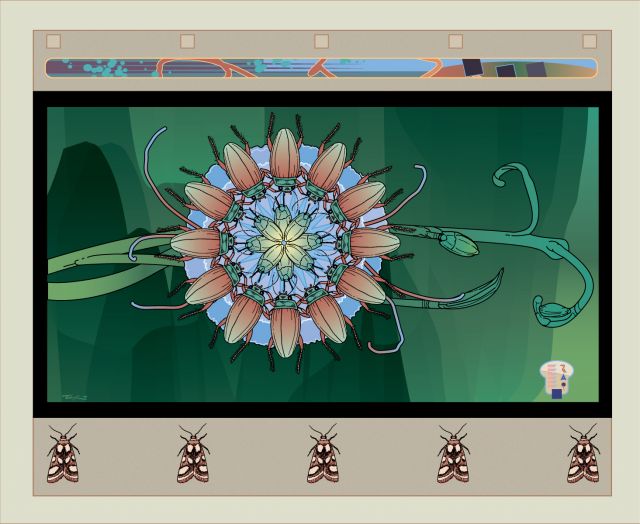 Over the last few months I’ve read all three memoirs by the sculptor and writer, Anne Truitt. She’s a wise and  eloquent writer. Last month, I went with my son to see an exhibit of her work at the National Gallery of Art, on display until July 8. I felt her art deeply when I saw it in person, so much more so than pictures allow. 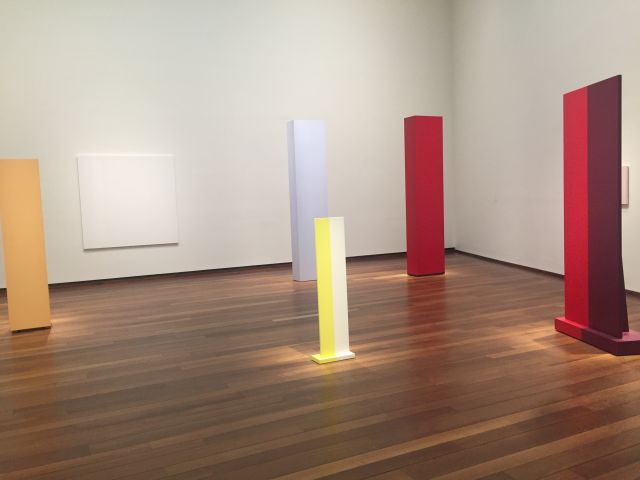 The paper quilt project I’ve been working on for more than a year, called Seams, is now on exhibit at Nurture Nature Center, through May 2. Here are a couple photos by Armen Elliott from the lovely opening of the show. 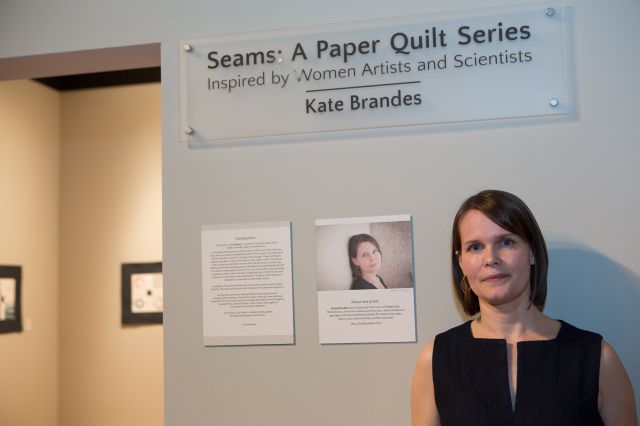 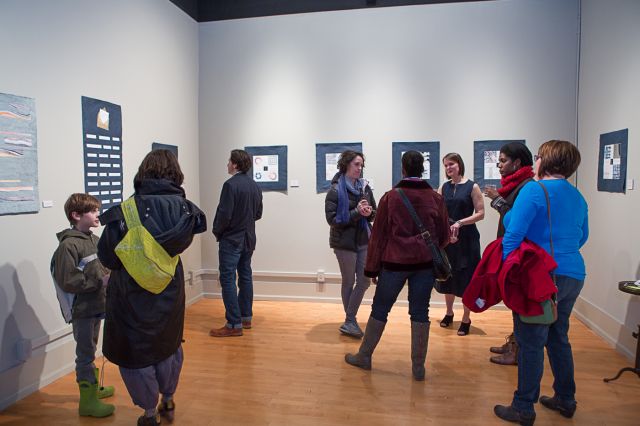 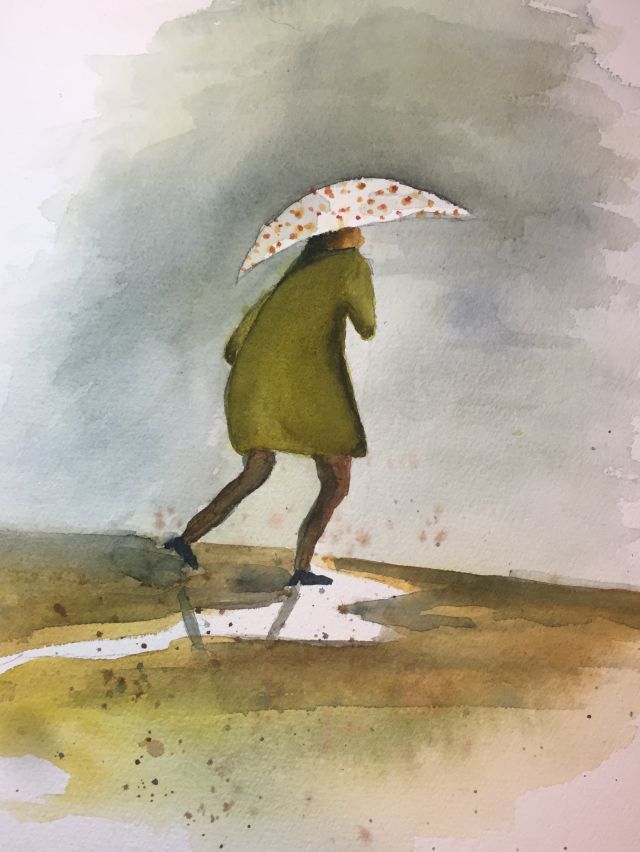 Happy spring to you and yours.
xoxo,
Kate